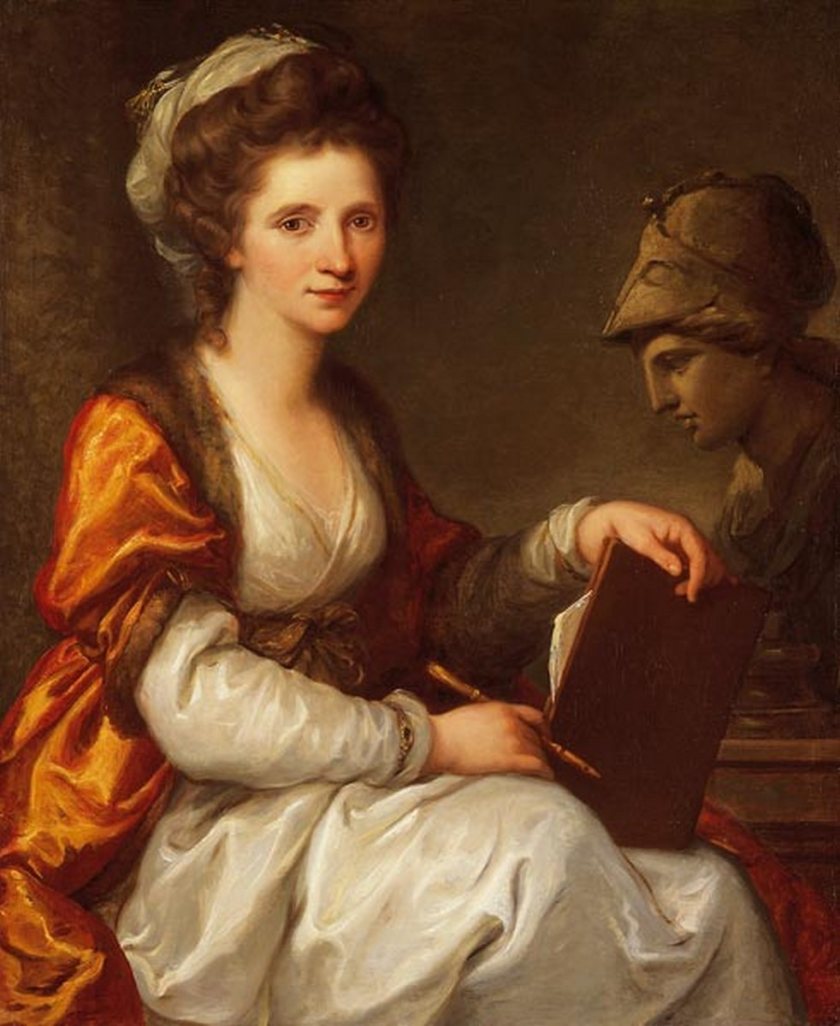 Perhaps the most internationally famous and prolific female artist of the 18th century, Kauffman was a child prodigy. She was born in Chur, Switzerland but grew up in Schwarzenberg, Austria where her father, Johann Joseph Kauffman, also a painter, encouraged his daughter to hone her musical and artistic talents. When Kauffman’s mother, Cleophea Luz Kauffman, died in 1757, Kauffman decided to give up her music and devote herself to painting. 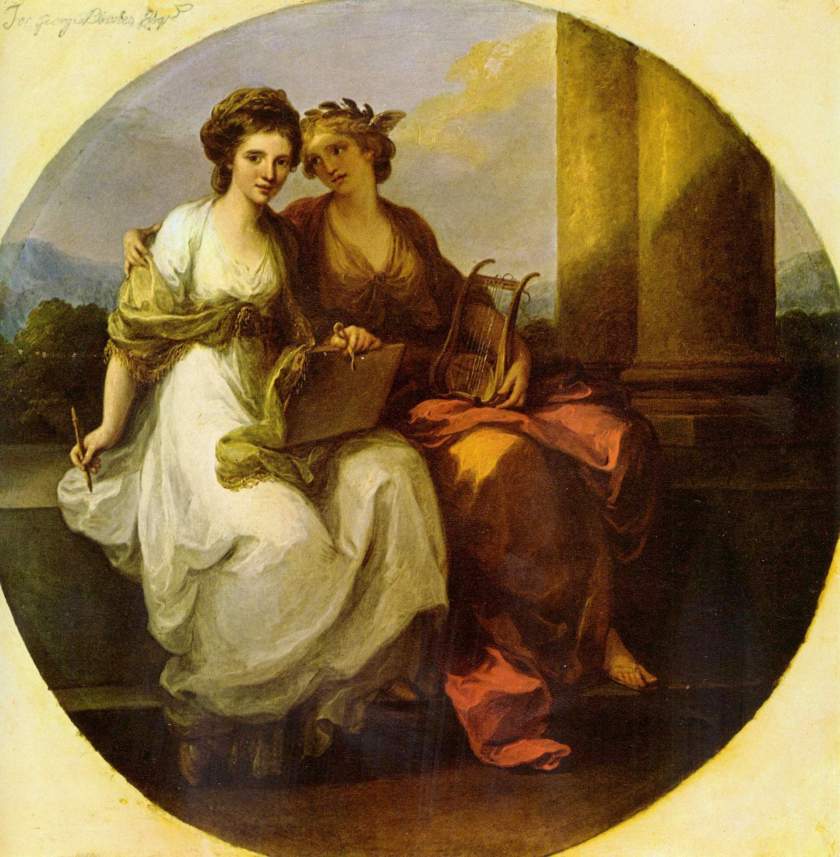 Throughout Kauffman’s life she traveled extensively. In 1764 Kauffman moved to Rome. At this point in her life she was already famous. On a trip through Venice she met Lady Bridget Wentworth Murray who encouraged her to come to England. Kauffman moved to London in 1766 and by 1768 had become a founding member of the Royal Academy. Her fame made her ripe for scandalous talk and she also became acquainted with many other famous people of her time including Goethe (1749-1832), who was a close friend. Her first marriage, which was annulled, was to a bigamist, and her second marriage in 1781 was to Antonio Zucchi (1726-1795), also a painter, who gave up his career to run Kauffman’s affairs.

Although she is best known for her portraiture, Kauffman also painted grand history paintings which were deemed the highest forms of art in her day, but were normally made by men. Her works are considered Neoclassical but can include touches of Rococo. She painted for royalty, but also made a living selling her portraits to the upper-class. The largest collection of Kauffman’s work is held in the Vorarlberger Landesmuseum in Austria. — Kristin Bell, 2012 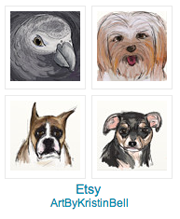